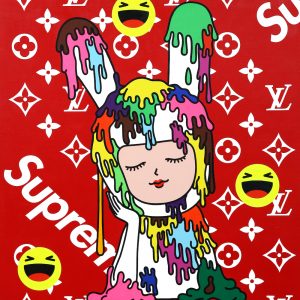 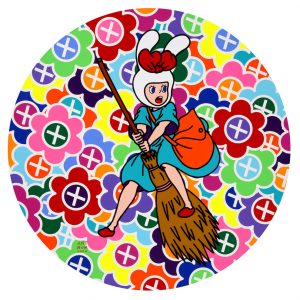 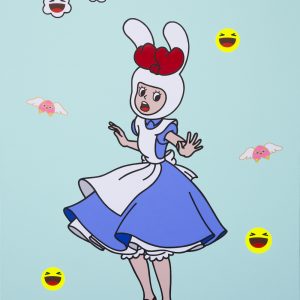 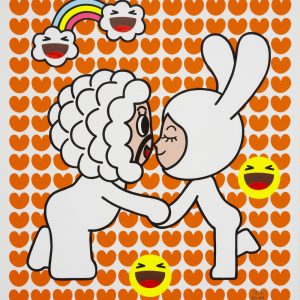 You and Me – Kiss by Artnom 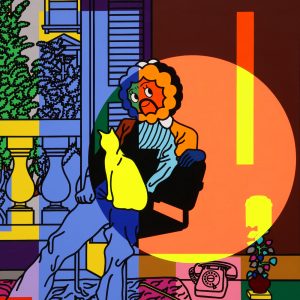 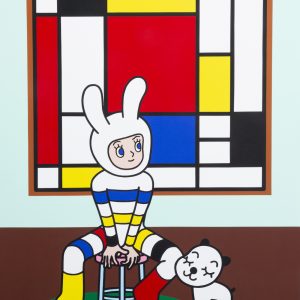 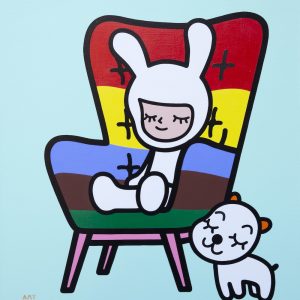 Take a Rest by ArtNom 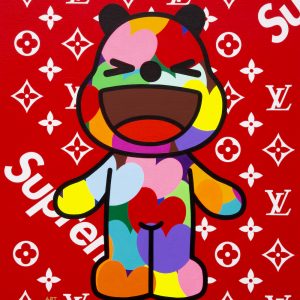 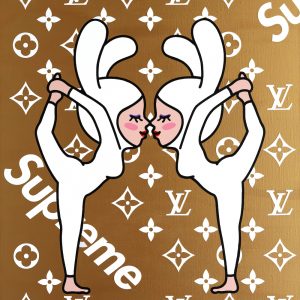 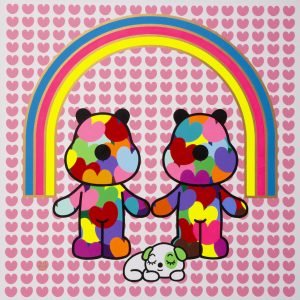 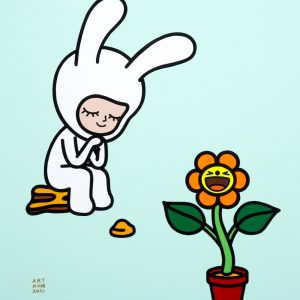 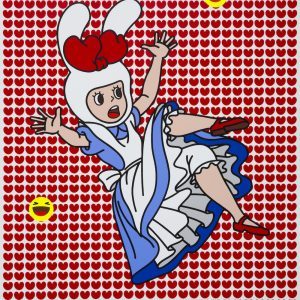 Gazi’s Adventure in Wonderland no.3 by ArtNom 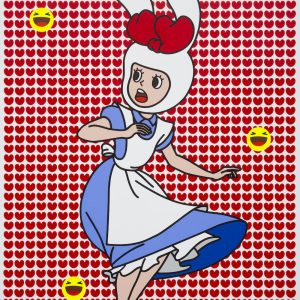 Gazi’s Adventure in Wonderland no.2 by ArtNom 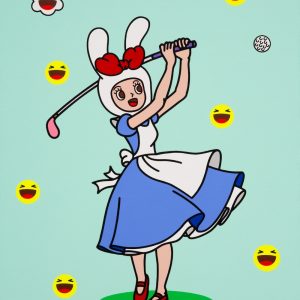 Gazi’s Adventure in Wonderland no.1 by ArtNom 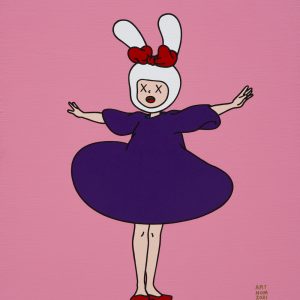 You and Me – Heart Round by ArtNom Gazi’s Deliver Service no.2 by ArtNom

You and me – Flower Round by ArtNom 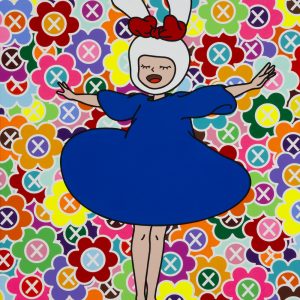 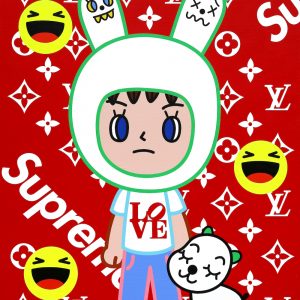 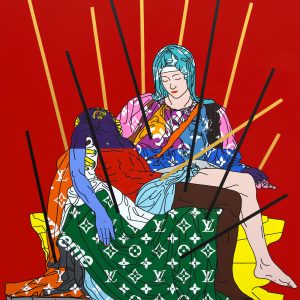 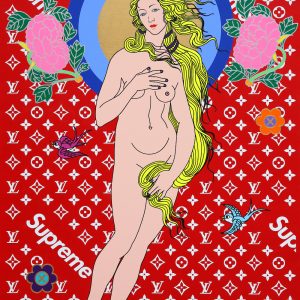 Birth of Venus by ArtNom This is America by ArtNom

Artnom is a Korean Asian Modern & Contemporary painter who was born in 1971.

There is a flower without any scent. But there originally was scent in the flower. No, actually the scent still persists and it is diffusing into the world. Someone had lied about the flower without any scent. The story is of peony: a frequently appearing motif in eastern paintings and in Artnom’s work. People admire the beauty of freshly blooming flowers on a spring day, but they do not pay attention to the fact that the flowers are desperately struggling for their lives; releasing once heightened energy, bursting out their bare skin. The earnest desire to prolong and continue on with their life lingers in this phenomenon. We simply believe what we want to see and believe. Paintings are not exceptions. However the vivid and powerful the shapes and colors are, and comical the drifting characters are, it is the truth that no one in this world is eternally happy and cheerful.

I think that is why I find little opening gates of time whenever I look at Artnom’s work. As I walk into the gates, a diary in which the artist’s life is compressed stretches out, and in there, certain sadness and certain happiness are mixed like dumpling stuffing to make the scenes. The scene is natural and comfortable like inhaling and exhaling. And it is comfortable because there was a process of experiencing, overcoming, forgetting and experiencing again.

Artnom’s works are generally characterized by the strong iron-like texture strokes (literal translation of eastern style painting technique – 鐵線描), the usage of primary colors and the narratives within the characters Artnom himself created. Traditional Korean painters once intentionally sought after the technique of the strong strokes. On the other hand, Artnom’s bold outlines seem to be carrying out a certain role. Differentiation is an intentional barricading of the self, and all entities are locked up inside the self’s own world. Therefore their similar laughs or cries cannot be the same laughs and cries. The interesting fact here is that the discernment and boundaries are like a common currency between all humans. In any situation, we cannot wholly accept another’s pain or depression. Only emotional assimilation or consolation of feelings is possible. And these facts are pronounced via Artnom’s cheerfully defined lines and colors but one side of my heart silently aches.

Artnom’s work touches us with familiarity as the unfolding stories in them are what he has really experienced. His family is always present. His own life is smeared in, and the doors through which we can look into his life are hidden all over to be found in the end. There is nothing like honesty in inducing sympathy even if it is not a complete assimilation and sharing. Let us listen to both joyous and bitter stories in his upcoming solo exhibition. We will be able to cherish the plain but grandiose, the moderate but abundant rhapsody for our life. – Aesthetics Kim, Ji Hye