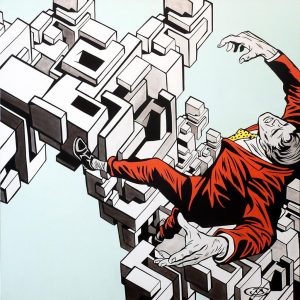 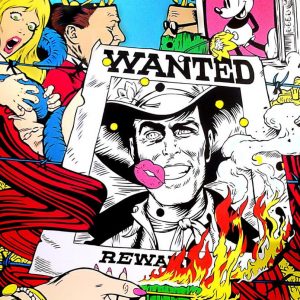 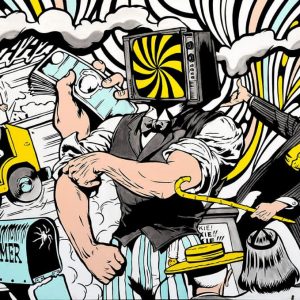 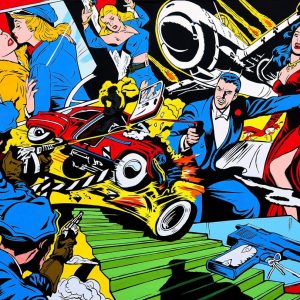 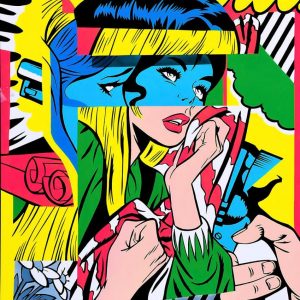 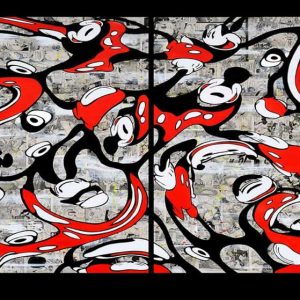 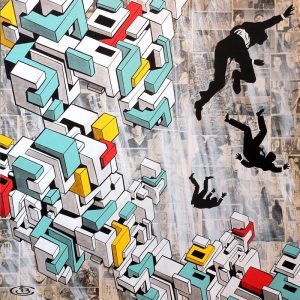 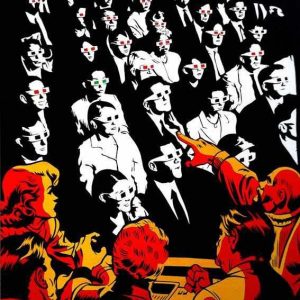 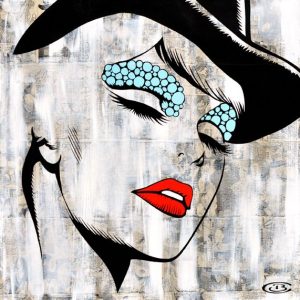 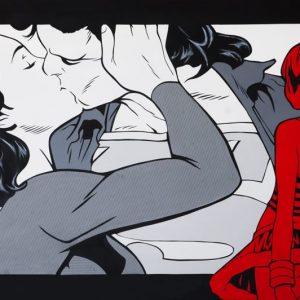 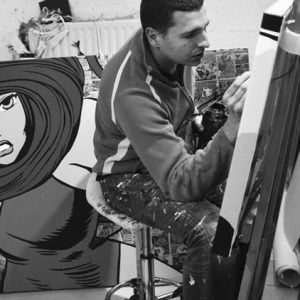 Self-taught, Benjamin Capdevielle did a career in photography before turning towards painting, his passion. Currently in Bordeaux, the artist now combines painting with photography.

Influenced by the culture of American comics, Japanese Manga and Street Art, he creates works which are divided into several parts, whose format and framing remind us of the comic book labels. These past few years, he has been acknowledged for his very colorful and modern paintings.

Benjamin’s figurative universe is populated by iconic characters mostly drawn from US comics and Japanese mangas. Instead of the traditional almighty image their heroes reflect on us, those seem to be struggling in a world filled with doubt, violence, war, greed, pornography. Like the former Pop Art masters and more recently Takashi Murakami, whose work strongly inspires him, Benjamin offers a crude vision of the reality through the recuperation of symbols of the post-war era. Contaminated by what seem to be a modern “bug” (see the Mickey series), our heroes engage into actions and behaviors they once were fighting against.

A professional photographer, Benjamin knows well how to structure and compose canvases which he often splits in diptychs or triptychs. Through a mix of spray paint, acrylic and collage, he depicts explosive, bright and multi-layer scenes which often refer to Pop and Urban Art as well as to elements from the 20th century’s popular culture.