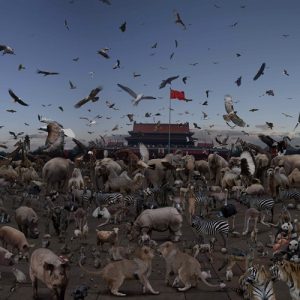 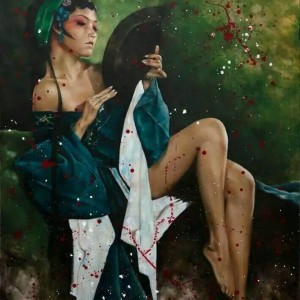 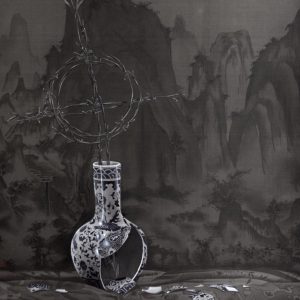 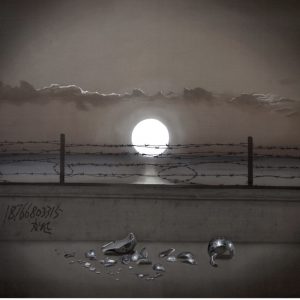 The Only Constant is Change by Chang Lei 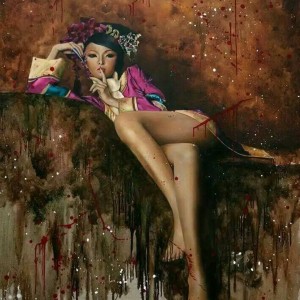 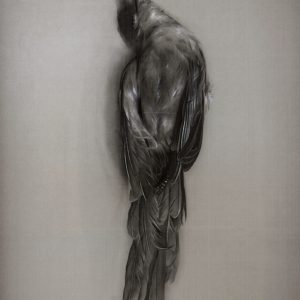 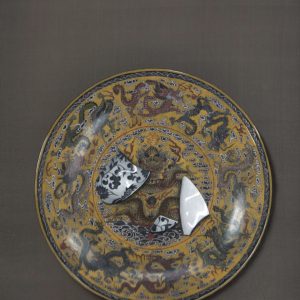 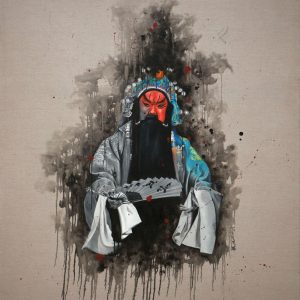 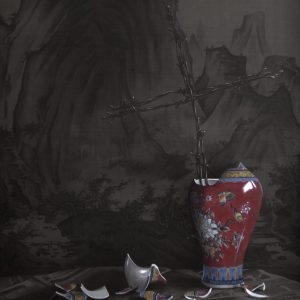 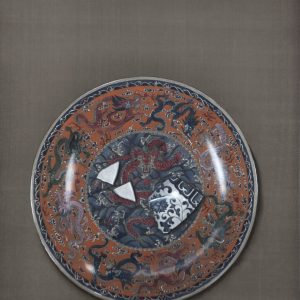 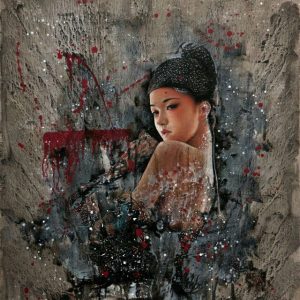 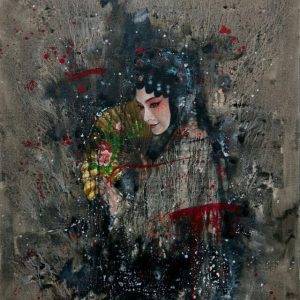 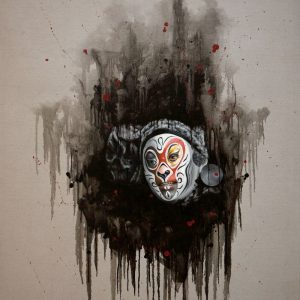 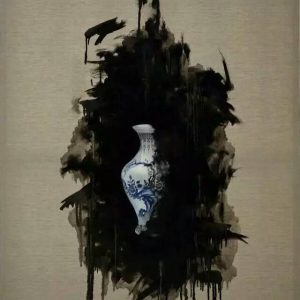 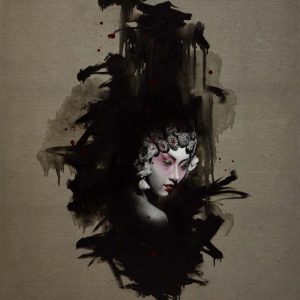 Art is a magical game in nature. However, it does not present beauty only, nor does its expression end in the truth. Art ccated to describe in words. It mixes the condiments of reality with the jam of artistic tricks to simultaneously fulfill the task of release and expression. Through a mixer of different forms, art transforms the thinking that hides in feelings and logic into viewable images. It transforms the ugliness of reality into artistic beauty, the cruelty of reality into artistic absurdity, and guttural fear into the joy of experiencing.

To criticize this phenomena, Chang created a series of paintings called The Blind Men and the Elephant. With satire and rend rendering so as to arrange the naked Chang in various positions on the canvas. You can see him with the elephant, standing, leaning against it, holding its leg, grasping its tail, touching its trunk, or even crouching under its belly. “He”is at a loss. Through these paintings, Chang serves as an elementary school teacher trying to thoroughly explain the fable behind the proverb. He drags the elephant to the Temple of Heaven, the Temple of Earth, and then the Imperial Palace. The blind men and the elephant are either repeating the brainwashing language of the autocrats or have official logos labeling them. He makes symbols confront symbols, and through imaging causes symbols to activate or deactivate other symbols. Viewers see the lamentable and laughable blind men touching the elephant. Chang’s paintings revive a fable that was already forgotten or taken for granted.
The elephants painted by Chang can be largely categorized into two types. One type includes digitally processed photographthe system logos are directly represented on canvas. The photographs are mainly intended to discuss the current meanings of the old proverbs such as the blind men and the elephant. The oil paintings are about the conflict between the images and language derived from those proverbs. In his works of art, an artist is more like a child lost among images and words. He does not care about the wording conflicts. He simply incorporates the ever touching images with elephant background and leaves space for understanding and interpretation to viewers. However, since the shapes chosen are commonly seen, people with similar life experience can readily understand what the author intends to express. Through the repetitive variation of the same subject matter, Chang revitalizes old fables and establishes his personal art vocabulary and methodology. He then has the ambitious idea of creating a large-scale photograph called Animal Farm, adopted from the dystopian allegorical novella by George Orwell.
In contrast to George Orwell’s political allegorical novella, Chang’s fable is purely visualized. He directly utilizes the postmodern montage to implant numerous animals including elephants onto Tian’anmen Square—China’s most famous center for political myths. Chang creates a splendid scene where birds are flying over sunset clouds and elephants meet together with animals. In this seemingly harmonious gathering, those policemen with whom Chang used to get perplexed and worried, silently disguise themselves and disappear into the crowd of peaceful animals. Those who claim that all animal are equal and believe only that some animals are more equal still keep the same face standing all along in one line on the building hidden in the boundless sea of animals.
In fact, humans are not that different from animals in a society where humans can only maintain their dignity with difficulty. It is the same to study and describe animal and human behavior. Human living conditions are the same as those of animals. As far scale and language are concerned, Animal Farm is the highest level of representative art Chang has achieved so far.
Call +65 8389 1888 or +86 13 52030 3568