Flower no. 1 by Chen Wenbo

Flower no. 2 by Chen Wenbo

Flower no. 3 by Chen Wenbo

Flower no. 4 by Chen Wenbo

Flower no. 5 by Chen Wenbo

Flower no. 6 by Chen Wenbo 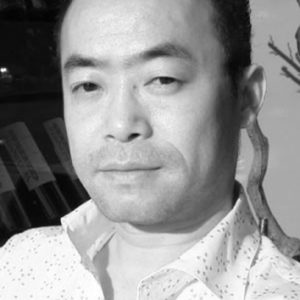 Chen Wenbo was born in Sichuan, China, in 1969. He graduated from the Sichuan Academy of Fine Arts in 1991.

Chen’s detailed paintings place him in the Chinese contemporary realist movement, where he and his contemporaries study the quotidian object as centerpiece in their works.

Chen Wenbo’s works are characterised by the use of vivid colours and a hyper photorealistic style rendered on a massive scale. Close to the ‘Political Pop’ movement at the beginning of his career, Chen Wenbo was inspired by consumer culture and gradually turned his artistic focus to the depiction of city life and popular culture.By literally illustrating this rave culture, his works transcribe a hallucinated vision of Chinese society and dwell on the brutal transformation brought by the introduction of consumerism and the emerging materialistic culture in the 1990s. Chen Wenbo combines the sharpness and flatness of photography and the design of advertisement in his depiction of products. The choice of objects, matches, dice, mahjong tiles, a toilet, a sink, a cityscape, a warehouse door, an empty crossroad, etc. is a statement in itself. His more recent pieces take up the same themes, but a new direction. He paints scenes taken from quotidian photographs across multiple large and irregularly shaped canvases.