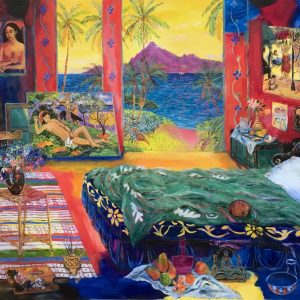 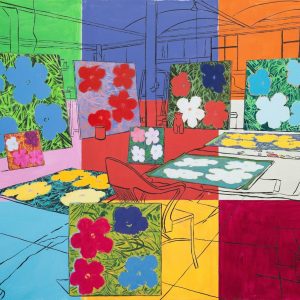 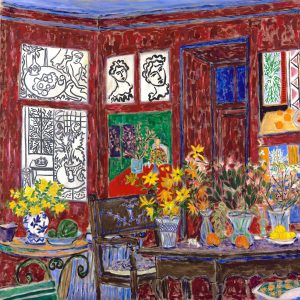 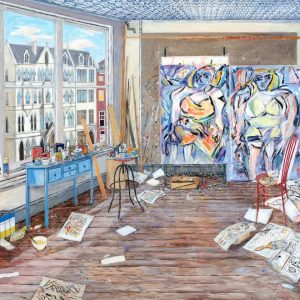 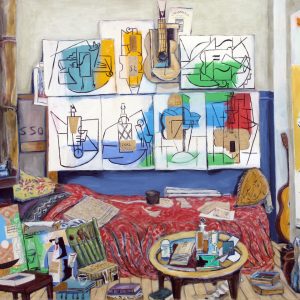 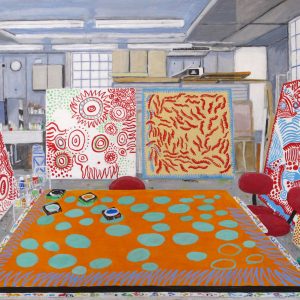 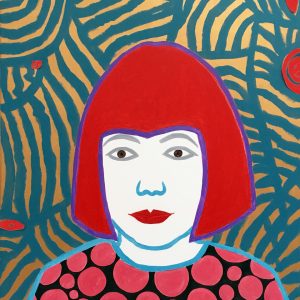 Portrait of Kusama by Damian Elwes 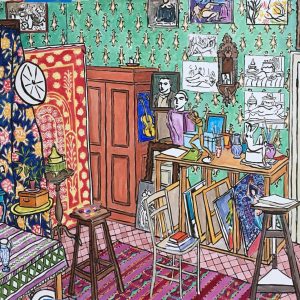 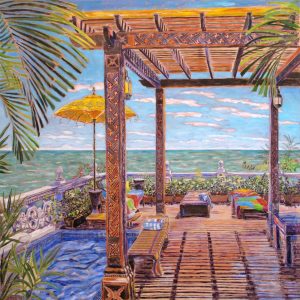 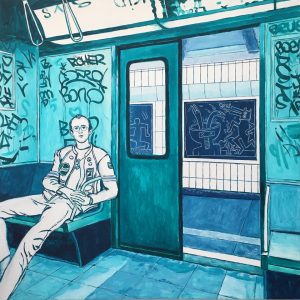 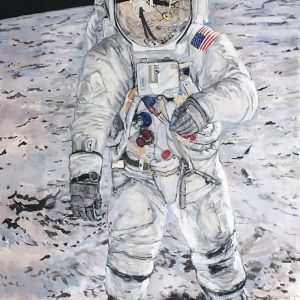 Man on moon by Damian Elwes 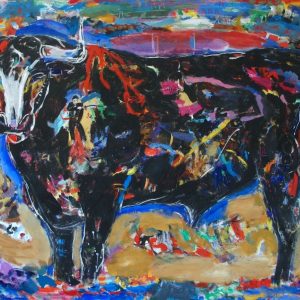 “The sense of painterly well-being that pervades the canvases comes from painstaking research. Elwes wants the viewer to feel he is witnessing creation…to feel what it is like to inhabit each of these painters.”  ——Anthony Haden Guest

In the early 1980s, Elwes lived in New York, where he was an early exponent of graffiti. There he met Keith Haring who encouraged Elwes to start painting. Some of his first paintings were chosen by the eminent London art dealer, Robert Fraser, to be included in a graffiti exhibition with Jean-Michel Basquiat at the Fruitmarket Gallery in Edinburgh, 11 August – 23 September 1984.

A documentary, Inside Picasso’s Studio (2006, by Marina Zenovich) follows Elwes as he creates a vast painting describing the various studios on the ground floor of Picasso’s Villa La Californie, as they were in April 1956. The painting wraps around several walls and viewers are able to walk from room to room while examining hundreds of Picasso’s artworks in progress. Curator Fred Hoffman wrote, “While we, the viewer, are immediately intrigued and invited to partake of these historical moments, what actually sustains, even heightens our interest, is Damian Elwes’ ability to turn documentation and historical record into compelling pictorial visions requiring repeated viewing and constant deciphering. Elwes’ concern for historical accuracy, and his subsequent investigative process enable his fully realized paintings to have a freshness and immediacy which none of the source material contains nor conveys. It is not, therefore, the fact that he has painted Picasso’s studio that makes Elwes’ work of interest. Rather, it is his ability to use the historical source material about Picasso to achieve some immediacy for his own concerns as a painter. In the end, it is the expressive quality of these works that we feel drawn to.”