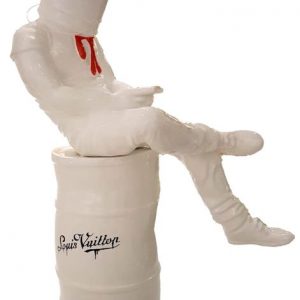 Head in Art by DAVID David 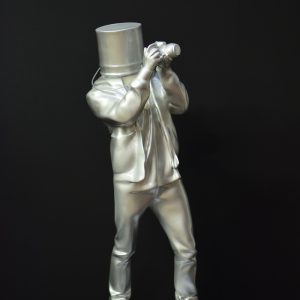 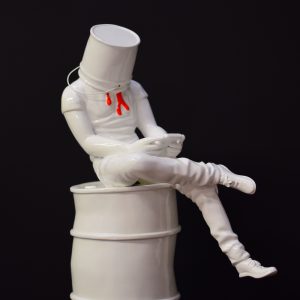 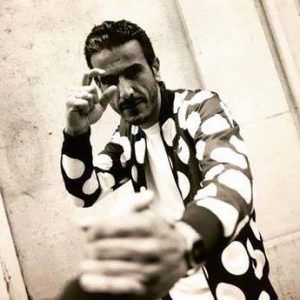 Born in Nancy, France in 1981, David David unquestionably found his signature, “The Head in Art” which is the name of one of its works which illustrates well the image of the artist in love of art to the point that it cannot stop thinking of it.

Less than ten years! That’s how long it took for David DAVID to assert himself as one of the most influential and sought-after figures in Contemporary Art. Unequivocally self-taught and internationally recognized and renowned, this French artist, who was born in Nancy but moved in Cannes, is making his way into sculptural and canvas art by means of his legendary character. Indeed, a sort of artistic alter-ego, DAVID’s “La Tête dans l’Art” first came to life as a sculpture of a man cutting himself off from the effervescence of the city and of society by means of lodging his head in a bucket of paint without restraint. As well as being a character inscribed in the past, present and future, it notably allows David DAVID to create a spokespersons through which he conveys his emotions, but also enabling such emotions to run through anyone admiring his work, whether that be in the street or in his workshop, through sculpture or painting.

Today, David DAVID has met the artistic height of his influencers as he is uncontestably painted to be one of the leading artists of the contemporary artistic scene, from Paris to Saint-Paul of Vence, through to Cannes, Lyon and even Courchevel. Already established in France, Switzerland and in Belguim, DAVID is also exporting his art to the savviest collectors in Southeast Asia and China, thus illustrating his arrival onto the Asian market. Colorful, committed, audacious and endowed with sincerity and a certain humility, David DAVIDs character does not end there. Carried and inspired by his devouring passion and his infallible urge to keep on sharing.
From the walls of our streets, to his workshop, David DAVID’s “DNA” constantly makes your mind wonder through its though-provoking statements. DAVID offers an artistic escape, provoking a poetic melancholy… all this with passion and delight.

His universe, his artistic intelligence throws us in multitudes of colors and materials with its splashes of brightly-colored paint and mixed medias. His work offers a retrospective of current street art in miniature, the past and present of street art, combining the obsession with culture mixed with the aesthetics of the contemporary graffiti movement.