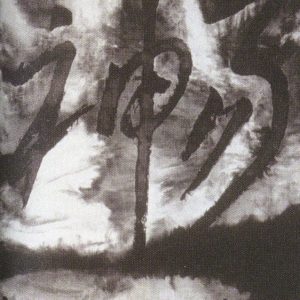 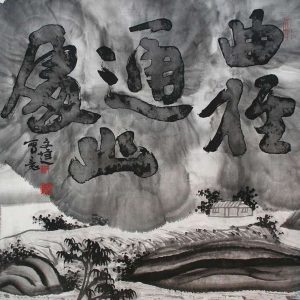 Storm Clouds Gathering Over a Small Hut by Gu Wenda 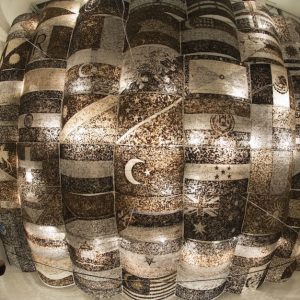 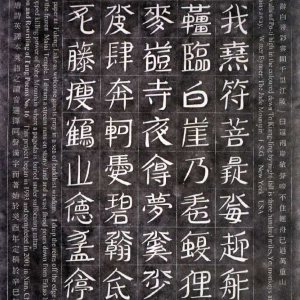 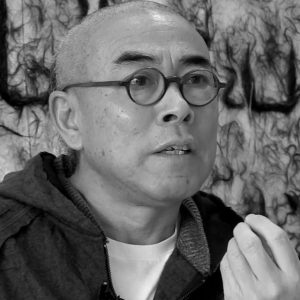 Gu Wenda moved to New York in 1987, and has become one of the highest-profile members of the Chinese diaspora. Although studying traditional Chinese painting, Gu became one of the leading figures in the New Wave art movement on the mid-1980s, when he utilized the technical skills he acquires in school for his iconoclastic painting and calligraphy projects. His works exemplify his revolt against the tyranny of the traditional aesthetic of brush and ink (bimo) by subverting it. The large-scale and unconventional composition of the paintings have created a spiritual and surreal world, which reflects the mentality of the Chinese society and idealist art of the 1980s, when huge social changes took place. By combining different character components, Gu has invented unreadable characters to investigate the power of the written word. In most of these works, he places these powerfully symbolic pseudo-characters in vast surreal spaces.