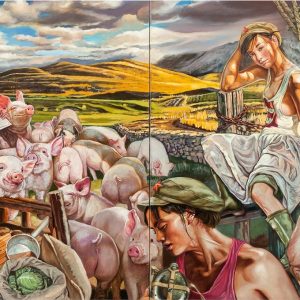 Our pig class by Hu Ming 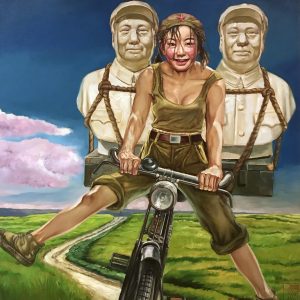 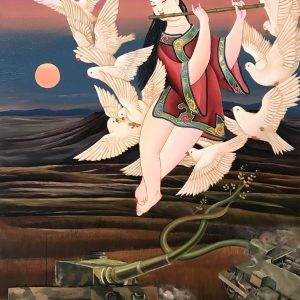 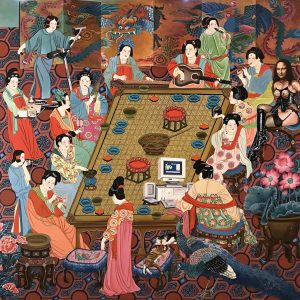 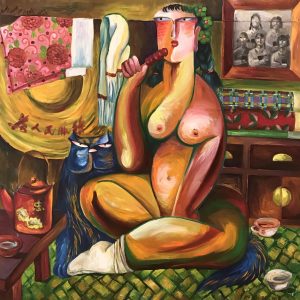 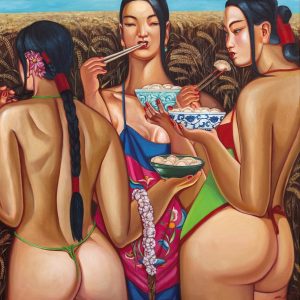 Nothing more delicious than dumplings by Hu Ming 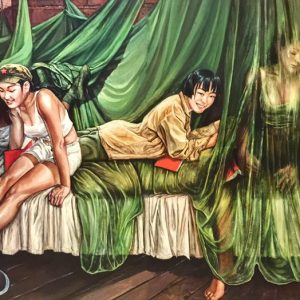 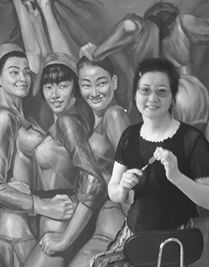 Hu Ming was born in China in 1955. She won acclaim for her paintings all through her school years,
however as the Cultural Revolution unfolded (1966 – 1976) she found she was only allowed to
paint propaganda posters and heroic portraits of Mao Zedong. This caused Hu Ming to change direction,
so in 1970 she joined the People’s Liberation Army and was assigned to work in a library.
Although warned not to read the books she was cataloguing, she was fascinated with Michelangelo,
and ultimately was severely reprimanded for reading his books.

She has a unique style as she has chose women in the military as the subject for many of her works. Her women are sexy, but yet very powerful at the same time. She had spent time in the military during the Cultural Revolution, which would explain her preoccupation with the subject.

Hu Ming is a pioneer in her field being diverse in combining both modern and classical styles. There is a blend of exotic, strange, humorous and above all mysterious in her art. She merges a conscious sense of post modernism and element of sub-culturalism.

The females depicted by Hu Ming are all sturdy and beautiful Chinese women. What she wants to bring out are the new generation of Chinese women who are brave, sexy and being on par with men like Super Women.