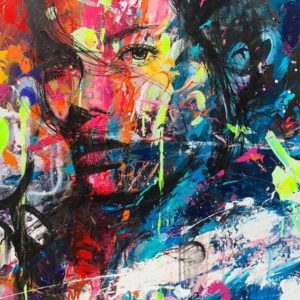 Look at me by JM Robert 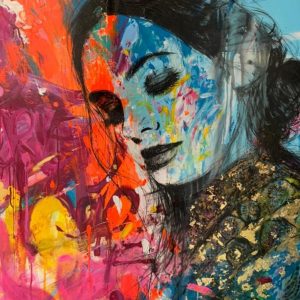 Let me think about it by JM Robert 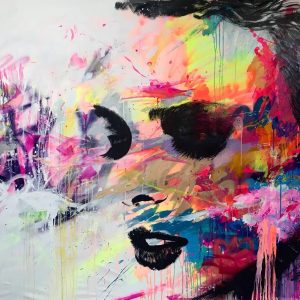 Be There by JM Robert 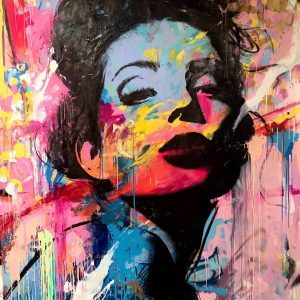 She Trusts Herself by JM Robert 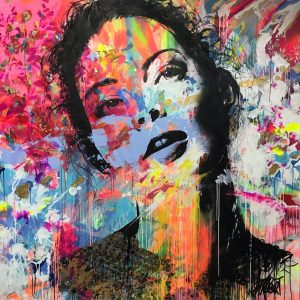 Her Strength to Her by JM Robert 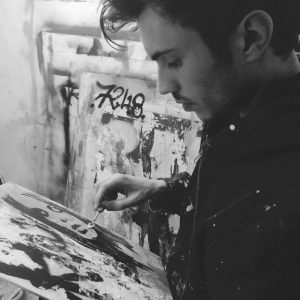 JM ROBERT was born and raised in Macon and started painting at a very young age.

As a tee nager, he mimicked the effects of the patina, marks, damage and wear and tear that he observed on the facades of buildings. Damaged walls and ruins fascinated him and became the source of his inspiration.
He studied at the Métiers d’Art in Paris in graphicdesign and décor, where he learned and refined his technique, in particular that of trompe l’oeil.

The Pop Art(twentieth century) and Street Art(contemporary) movements inspire him. He prfers techniques such as graffiti and stencils that are brightly and slightly unreal. Gradually he has developed his own style: incisive and powerful grafics.

JM ROBERT paints poetic faces in the style of stencils on abstract backgrounds. He works the background with gradients effects and patinas, like the surface of an old wall. He uses a coating that he shapes, scratches and scrapes until he gets the desired effect. He then applies bright, fluorescent colours layer by layer. Unpredictable, they seep into the background and cracks of the canvas. he then outlines the shadow of a woman’s face, anonymous and fragile. Drawn in spencil first and then with black paint, it is superimposed on the landscape. The design and colour combine to create a portrait with a strong presence and a penatrating gaze.

JM ROBERT searches for his own design aesthetics in the ruins of the work. Aged 26, he extends his performance onto other sufaces such as furniture and clothing accessories.