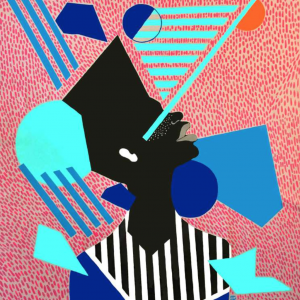 Warrior of the fantastic absurdism by Joana Taya 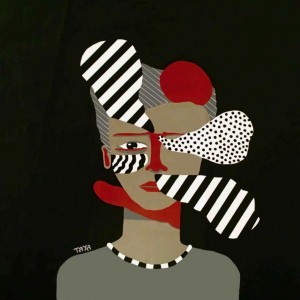 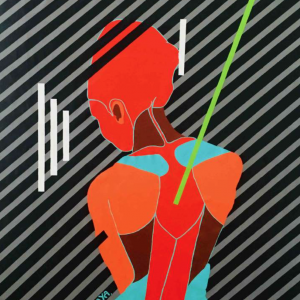 I was born in Lobito, Angola, and now living and working in between Lisbon, Portugal and Luanda, Angola. I am a Graphic designer and Paintor, with a Master in Graphic Design and Arts at University of Creative Arts, Farnham, U.K..

Throughout my Art Career, have been exploring diferent materials and techniques, apart of painting also worked with collages, graphic and digital art, video, photography and also embrodery. Besides living as a paintor also have worked many years as a Graphic Designer Teacher in Stavanger, Norway, where also worked as a Freelancer Graphic Designer.

My Painting concepts have been around human interaction and individuals common essence and how we are, independently of geographical or historical contexts. It’s about egoless states of being, beyond masks and social codification. About common feelings and a celebration of diversity and highlighting- how we are all unique but at the same part of one organism- the earth.

I am very interested in different cultures and customs and perspectives. Even how we express ourselves in different languages and environments.

I enjoy painting portraits in a graphic way, mixing traditional and modern motifs, geometrical with organic shapes with different patterns all in a sort of clean and meticulous way.