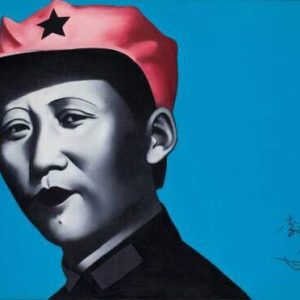 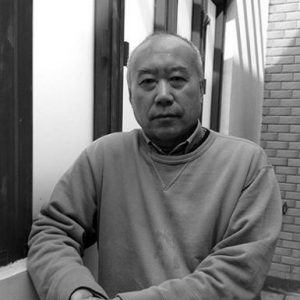 Li Shan is a painter and prominent figure in the Political Pop movement that developed in China in the 1990s. Born in 1942, Li Shan graduated from the Shanghai Drama Institute in 1968 and lived through the struggles of the Cultural Revolution that have so drastically impacted the subject of many of the most famous artists of his generation.

His most famous series of paintings, entitled Rouge, started in the late 1980s, depicting stylized figures, abstract flowers, and portraits of Mao Zedong reminiscent of Andy Warhol’s screenprints of the same subject.

Li Shan’s development as an artist during this period was heavily constrained – permitted to only work within the context of propaganda, folk art, and Mao portraits. The technical training Li Shan received during the 1960s was influenced by the socialist realism imported form the Soviet bloc, and further inhibited the range of topics Li Shan could explore.