The Order of Bugs: Faulting no. 3 by Lin Xin

The Order of Bugs: Faulting no. 4 by Lin Xin 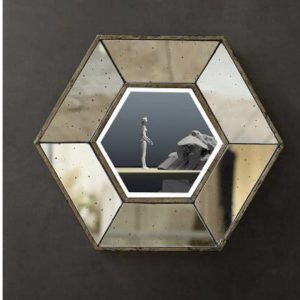 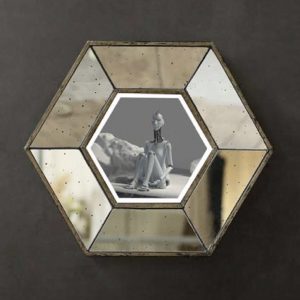 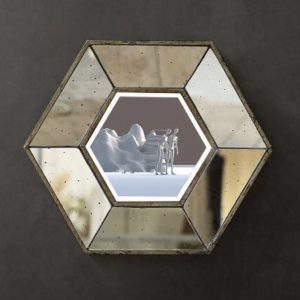 Sadness Never Seems to Have Had no. 4 by Lin Xin

You Would Miss Me no. 6 by Lin Xin 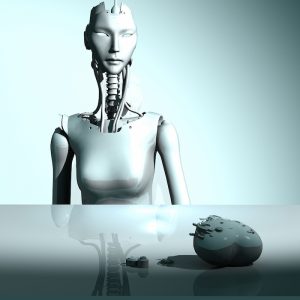 Standardised Heart no. 3 by Lin Xin 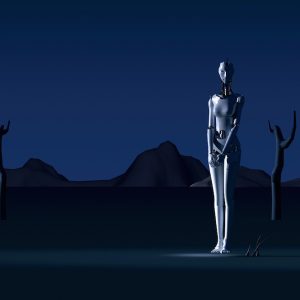 We Are in Different Worlds no. 4 by Lin Xin 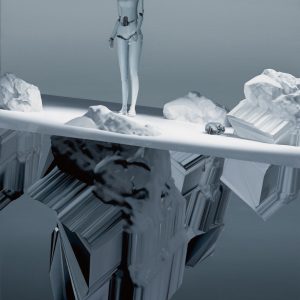 The Order of Bugs: Faulting no. 5 by Lin Xin 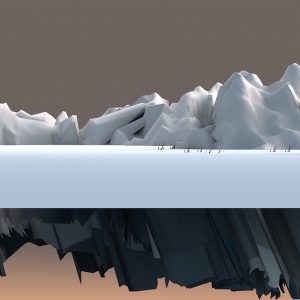 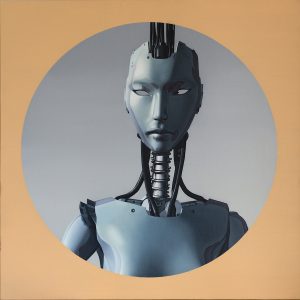 Untitled Portrait no. 2 by Lin Xin 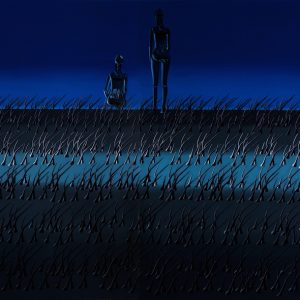 We Are in Different Worlds no. 3 by Lin Xin 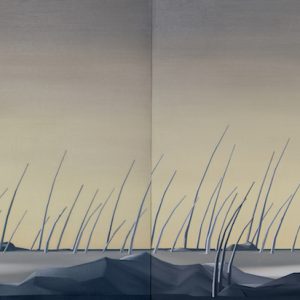 Sadness Never Seems to Have Had no. 2 by Lin Xin 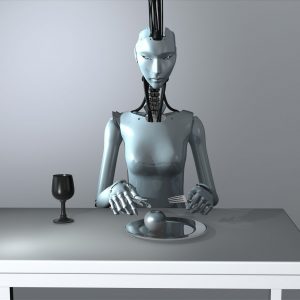 Linlin’s Lunch no. 1 by Lin Xin 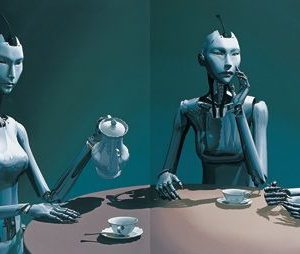 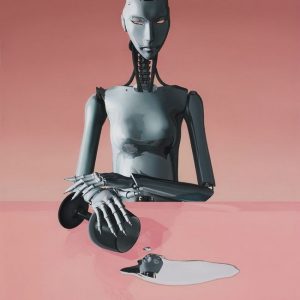 Linlin’s Banquet no. 4 by Lin Xin

Standardised Heart no. 1 by Lin Xin

The Order of Bugs: Faulting no. 1 by Lin Xin

The Order of Bugs: Solid Heart no. 2 by Lin Xin

Growing Grass no. 1 by Lin Xin

The Order of Bugs: Shadow no. 1 by Lin Xin

The Order of Bugs: Faulting no. 2 by Lin Xin

Sadness Never Seems to Have Had by Lin Xin

You Would Miss Me no. 1 by Lin Xin 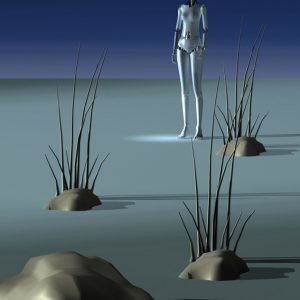 You Would Miss Me no. 2 by Lin Xin 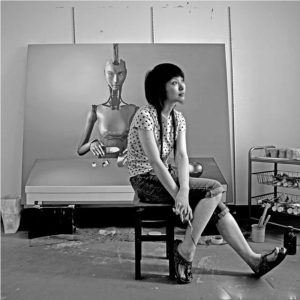 Lin Xin was born in Wuhan, Hubei, China in 1979. She received both her Bachelor’s and Master’s degree from Hubei Institute of Fine Arts

A recurring “simulacrum” in Lin Xin’s recent works is “humanoids”. They are made of electric wires, electronic components, plug, machines and metal, rich in variety, cold and science and technology based. “She” is cast in an exquisite and ideal image, both physically and physically, in various virtual contexts; “she”, elegant and delicate, bright and attractive, gender specific and capable of emotions, sometimes with multiple masks, holds talks and play games with herself in a strange virtual space of self and social space.

Her art seems to unfold “an ideal future”: variety of the body, equal individual potential and tele-presence, individual perceptive possibilities, individual environment, individual effort to keep their individual reality. Our skin, natural outer cover, will be broken. Our faces, artificial social masks, will be reinforced and diversified.

Lin Xin’s works are centered on simulacrum, a creative symbol, i.e., an image that, without the original (artificial ones) can be limitlessly reproduced and that, without a specific signified a representational symbol would have, constitutes a self-sufficient world of self reference (the image is not related to reality but goes beyond it). In addition, everything seems to freeze at that instant, and the fluidity and naturalness are nowhere to be found in her works. It takes place in the virtual reality that, seemingly familiar and strange as well, goes beyond time and space. “Cool Art” is an “artistic” world composed of simulacra, virtual reality, which, compared with the traditional easel painting, keeps us far removed from the aesthetic object (the painting in this case), and the strong impact of alienation and indifference is felt both psychologically and visually. The essence transmitted in this case, however, is a concept that is “super real”, “virtual, but might be real to the highest degree and the most manageable…”

Linxin’ art, reveals her affection toward the equipment and machines, a kind of feeling formed in the childhood of the first Chinese Only Child generation. Born in 1979, Lin Xin remembers the time when workers were highly valued. She spent a lot of time in those big workshops. In addition, the influence of pervasive modern technology and the digital network leads her to believe that “the virtual life might leave more truthful traces or existence”.

Such “super real” existence allows people more space for their own existence and ways to adapt themselves. Virtual existence becomes another way for people to live and to release themselves. In the virtual world, people play various “games”, imitating different life styles, and changing their identities. Time is “urbanized” (that is different from the urbanization in terms of space) and gradually the individual gets their bodies “urbanized”, so the communication between individuals can take place on different interfaces from the computer keyboard to screen and to data gloves.

According to Lin Xin, “Changes in the context, in the media, and in the ways of perception and existence, will surely result in changes in our way of thinking and creation.” “My works, intended to serve as a bridge connecting the virtual digital world and the real world of images, are my reflections about the two increasingly complicated worlds.” (Lin Xin)

The virtual culture in our age not only comes to an increasingly important position but also forces us to make new reflections and form new thinking patterns so as to adapt to these cultural changes. Electronic media, such as TV, computer and the Internet, are changing the relation between art and reality in a more radical way and giving rise to simulation and simulacra. The virtual reality and virtual culture help Lin Xin to form her own artistic features that are unique in this age.