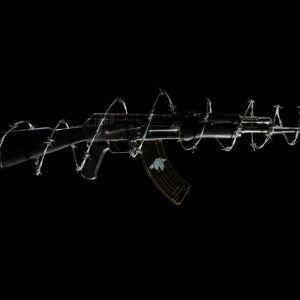 Made Safe by McCrow 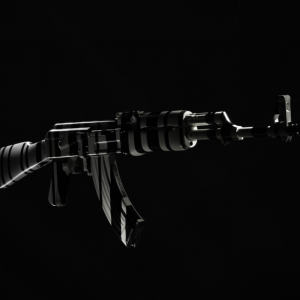 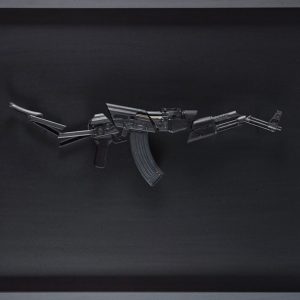 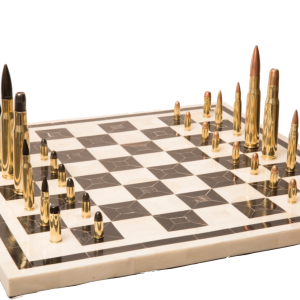 The Ultimate Strategy by McCrow 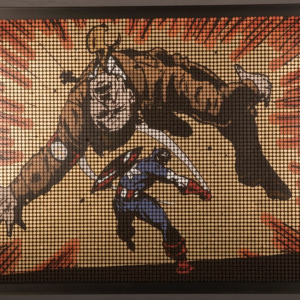 Arsenal of Democracy by McCrow 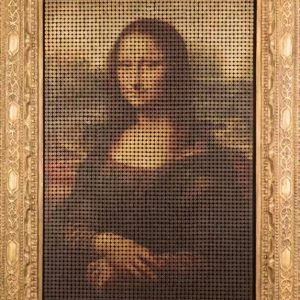 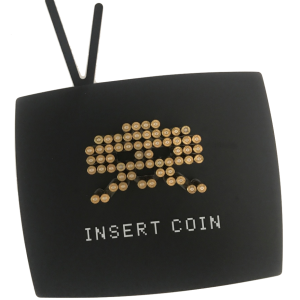 Invader Media No Drugs by McCrow 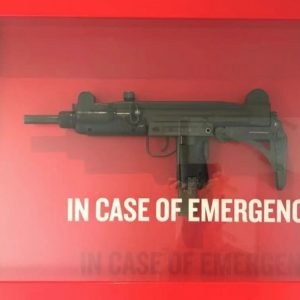 In Case of Emergency by McCrow

Something to Remember by McCrow 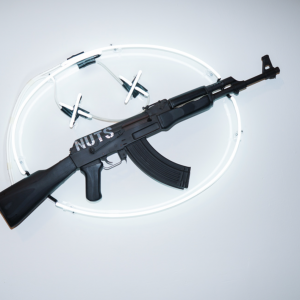 Nuts Set in Neon by McCrow Bold as Brass by McCrow 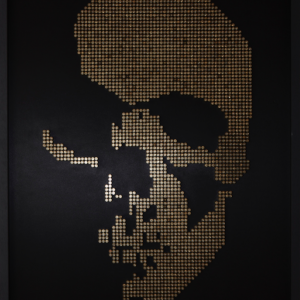 Invader Break Out by McCrow 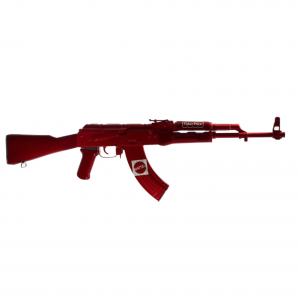 Total War – The Invaders by McCrow 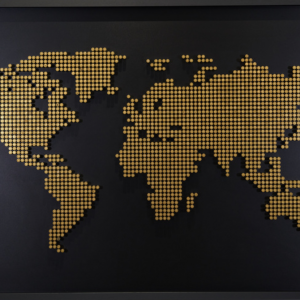 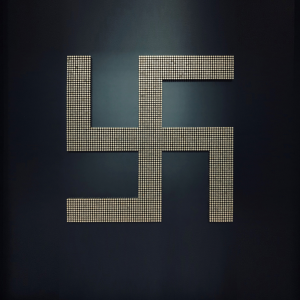 In the Foot Prints of Buddha by McCrow

Fighting for Peace by McCrow McCrow’s art pioneers the concept of the art of disarmament; his work is controversial, thought provoking and embraces the contradictory views that come with guns and refocuses them with a fresh perspective and a heartfelt purpose, giving them a new life as unique and provocative pieces of art.

In 2011 McCrow’s close friend lost both legs and an arm in an explosion whilst on tour in Afghanistan. It was one of the catalysts that turned a distant fascination with guns and weaponry into questions about individual purpose, morality, hidden stories and the ability of one person to make a difference.

Since then, working with governments, the UN, Police Forces and NGO’s, McCrow is on a quest to deactivate and destroy as many illicit and surplus guns, ammunition, bombs, and mines as he can. It’s a journey to understand first hand the terrible consequences of conflict and through his art, tell the unheard, human (and not so human) stories that share their past with each weapon he finds.

Guns have long had an extraordinary and terrible influence over us. There are those who glorify them, those that subjugate through them and those who suffer by them. McCrow captures this polarizing behaviour and brings the subject into the 21st century, portraying it with originality, wit, and soul.

Working with weaponry procured directly from areas of conflict and then decommissioned, McCrow wants people to look beyond their new representation to acknowledge the dark story each weapon carries with it and to challenge our sanitized view of guns.

Every artwork comes with a certificate of authenticity and unique number to confirm that the weapon has been decommissioned to British Standards and can never be used again.