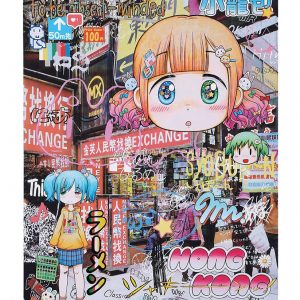 My Street by MR. 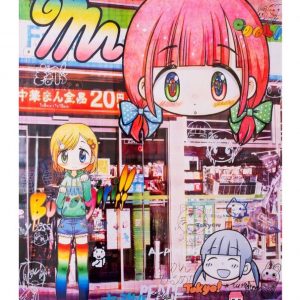 Anything Anywhere by MR. 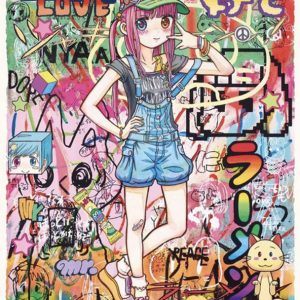 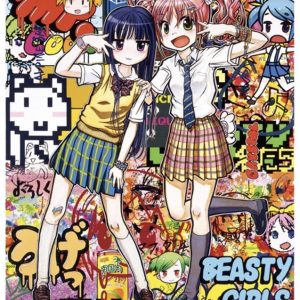 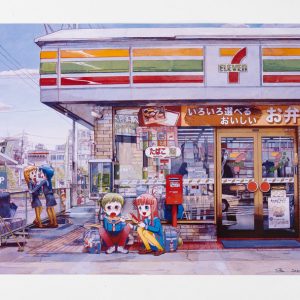 Corn Dogs are Best When Hot by MR.

Born in 1969 in Cupa, Japan, Graduated from Sokei Academy of Fine Art and Design, Japan.

Mr.’s neo-pop aesthetics spans painting, sculpture, installation, and video. Associated with the superflat movement, he uses manga and anime to portray his personal fantasies. While he consistently draws his themes and motifs from the otaku subculture or fandom, he is more specifically a self-described otaku artist. His cartoonish visions are essentially inhabited by young characters, who are meant to evoke feelings of moe (a Japanese notion relating to the adoration of fictional figures). In typical kawaii style, he sometimes depicts childlike features (round faces, wide eyes, colorful hair) with innocent undertones. Contrasting with the bright cheerfulness of his all-powerful characters, a wider reflection on solitude, social anxiety, and fear underlies his work. Specifically, the chaotic environments within which Mr. stages some of his exhibitions echo both Japan’s traumatic loss during World War II and the Fukushima Daiichi nuclear disaster.