Imagination no.5 by Su Zihan 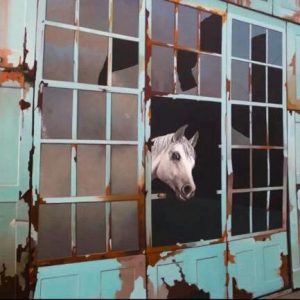 No Longer Curious by Su Zihan

Up to now, labor has been under no pressure for purpose of living, and the economy is showing a momentum of overall growth, thus youths begin to pursue the satisfaction of various desires, of which the sexual passion and desire are the most important. The statement of desires and youth years made by Su in his paintings titled Only Love Strangers, greatly impacts the past social awareness, and praises those youths who are brave to work on their puesuits. Through publicizing the longing for sexual passions and satisfaction of desires as shown in the paintings, youths will reject the past values and conduct standards of the old generations. Is this possible in China? New generation artists including Su Zihan are exploring the possibility.