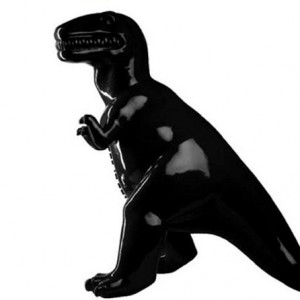 Made in China _ Black Tyrnnosaurus by Sui Jianguo 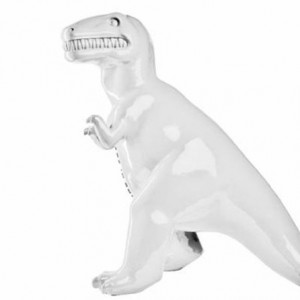 Made in China _ White Tyrnnosaurus by Sui Jianguo 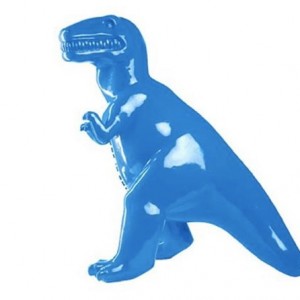 Made in China _ Blue Tyrnnosaurus by Sui Jianguo 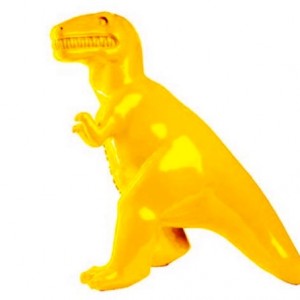 Made in China _ Yellow Tyrnnosaurus by Sui Jianguo 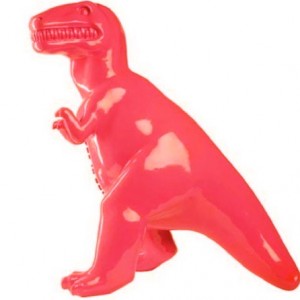 Made in China _ Red Tyrnnosaurus by Sui Jianguo 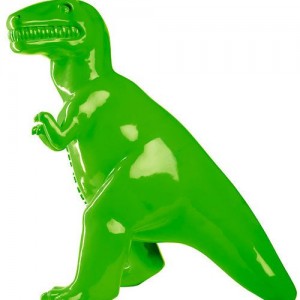 Made in China _ Green Tyrnnosaurus by Sui Jianguo

One of the most important contemporary Chinese sculptors working today, Sui Jianguo was born 1956, Qingdao, Shandong Province. He was educated at the Shandong Institute of Fine Arts and the Central Academy of Fine Arts in Beijing. In early 2000, Sui was one of the first artists to move his studio to the famous 798 art district and he is often credited with popularizing the area. Early in his career he used rocks as the material for abstract sculptures but the late 1990s, he shifted gears, adopting two motifs for which he’s now widely known: Dinosaurs and the Mao jacket.

Sui’s Dinosaurs series have become a trademark of his work. These dinosaurs focus more on China’s recent exporting nature, allowing Sui to evaluate the contemporary Chinese export culture. The “dinosaurs” made by Sui are magnified versions of the pink plastic toys sold readily through our Southeast Asia, though it is originates in Shenzhen in the south of China. Sui’s first encountered the toy in Japan and thought it appealed to his experience aboard. In order to emphasize his intention, the work is faithful to the original shape and texture; all an identical, enlarge version of the original toy. The so-called “Made” in the symbol “Made in China” relates directly to some topics on economical relations. Who is making? What is being made? Where is it being made? Where is it going to be sold? When international floating capital intrudes into China, the voice of anti-globalization becomes louder and louder. The transnational manufacturing of floating capital has changed the connotation of “country” and “region.” Toys, originally designed in the West, are produced from raw materials in China, and sold again to the overseas market, they perfectly represent the economic model of developing countries.

He has been praised by art critics for being a “pioneer venturing to the farthest reaches of Chinese sculpture.” Sui Jianguo’s art explores his unique understanding and recognition of creation, form, diverse media, alternative methods, and space-time. Sui Jianguo’s sculpture succeeds in bringing forth introspection on the artistic process in modern China. Whether it be the Realism in his early works or the classic shapes in his later Mao Jacket and Dinosaur pieces, both rely on the wisdom of native Chinese genealogy and channels of culture to serve as ways to solve problems, functioning as outlets. Sui Jianguo has been exhibited internationally and his works are in many notable institutional collections.

You Meet the Shadow of Hundred Years, Victoria College of the Arts, Melbourne, Australia