My Ingres no. 1 by Wang Xiaojin

Temple of Heaven by Wang Xiaojin

My Ingres no. 6 by Wang Xiaojin

My Botticelli Life by Wang Xiaojin 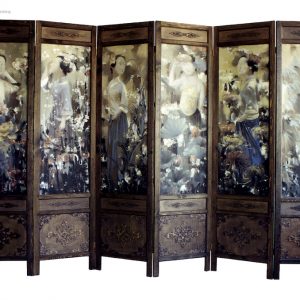 Our Distant Past III by Wang Xiaojin 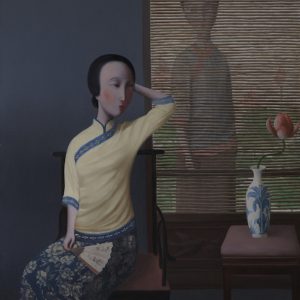 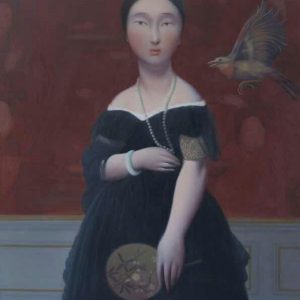 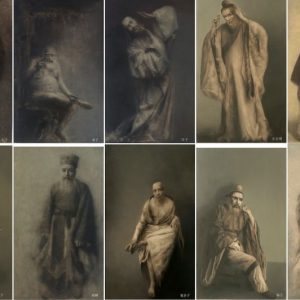 The Ancient Series by Wang Xiaojin 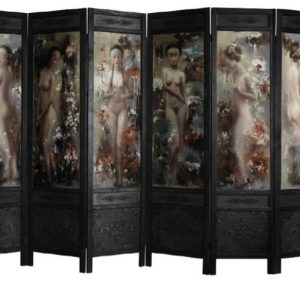 Our Distant Past by Wang Xiaojin 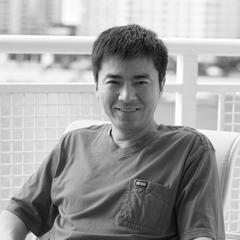 Unlike many contemporary Chinese artists who are attracted by all things modern, Wang Xiaojin is inspired by the distant past, particularly its women and artistry. He endeavors to capture the mood of a bygone era that was altogether most refined and conservative. The details in his paintings are drawn from traditional Chinese culture. Ornate porcelain vases with elaborate flowering arrangements, embroidered silk dresses, and modish furniture serve to create the opulent world in which his figures live.

Delicate and chic, Wang’s paintings hark back to a time when being “feminine” typified a woman’s existence. The scenes created depict aristocratic ladies who would want for nothing in the materialistic sense but who had little freedom. Indeed there is an unmistakable sense of melancholy in his work. The small bird-like bodies make the women appear fragile and vulnerable while their disproportionally large faces draws attention to their sad expression. Even when the figures are active – sewing, reading, fanning themselves or even socializing – their eyes gaze wistfully into the distance. It is hard to tell whether they are dreaming of a more fulfilling life perhaps, or whether they are simply lost in boredom. Wang knows that women of the time would avoid revealing their emotions in their face. He acknowledges; ‘even when they felt happy (.) they wouldn’t show it on the surface. All they would show was tranquility and grace.’ Unsurprisingly, this invisible mask makes the figures all the more profound and intriguing.

The China of today could not be further removed from the world Wang depicts in his paintings. The role of women has changed immeasurably. From having virtually no command of their lives they now can take full control of their destiny without needing a man’s consent. Men and women have equal opportunities and education, meaning that, they also competitors in many areas. But alas everything in life has a price and the cost of female advancement might well fall into the man’s lap. Certainly Wang feels that ‘modernity has lost the elegance once held by Chinese women in the olden days.’ Indeed in a country obsessed with change, modernization and individual fulfillment, it is no bad thing to occasionally reflect on where we have come from and what we leave behind.