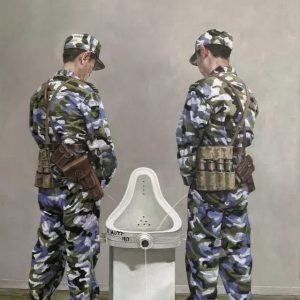 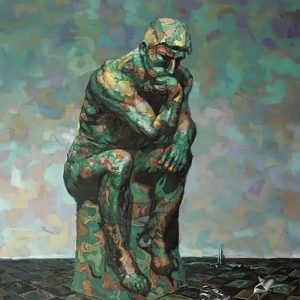 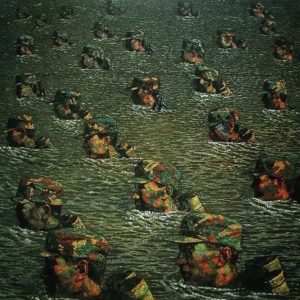 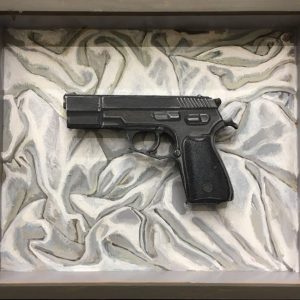 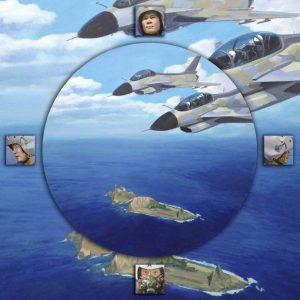 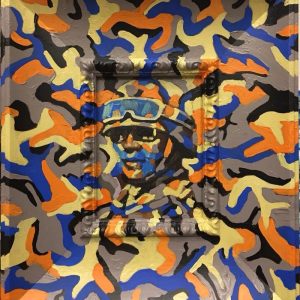 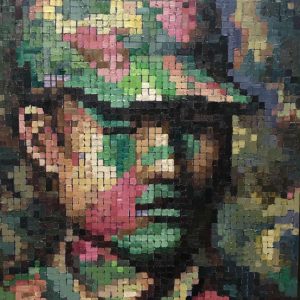 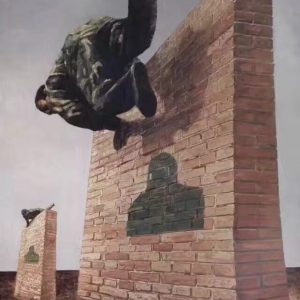 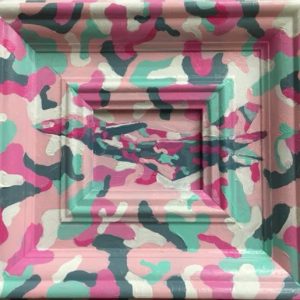 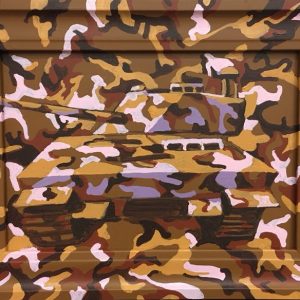 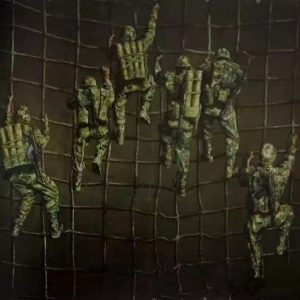 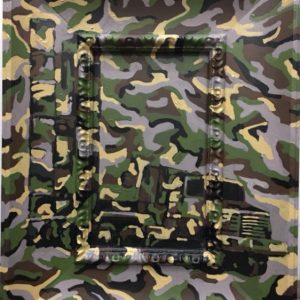 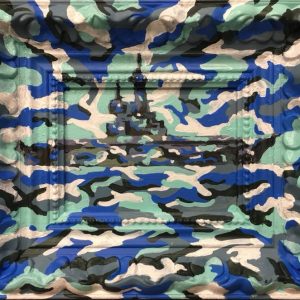 Camouflage I by Xing Junqin 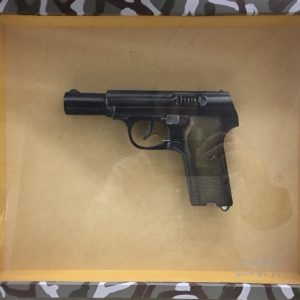 Pistol I by Xing Junqin 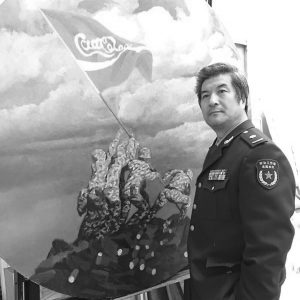 Born in Shanxi 1960, Xing Junqin graduated from China Military Art College in 1989 and attained his master degree in Central Academy of Art, majoring in oil painting.

In 2000, he went to Europe for an exchange, with China-America Association. Now he is a member of China Art Association and Art Association of China Military Museum.While Xing is an ‘insider’ within the military, his pictures are not as political as one might expect. A recurring theme is the soldier’s use of the weapons of war (guns, Jeeps, tanks etc.)-a juxtaposition of the human figure and the machine which is unsettling even as the artist seems to reveal it in its pictorial potential. In Xing’s artworks, those camouflaged soldiers occupy a shallow, stage-like space that render these paintings a beguiling unreality.

They often parody iconic pictures: one showed two soldiers using Marcel Duchamp’s Fountain as it was made to be used—by urinating in it; another added a mushroom cloud to the background of Edvard Munch’s The Scream.