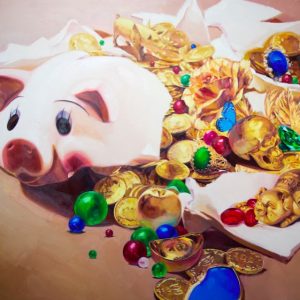 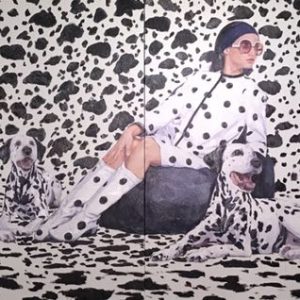 The Queen & Her Dalmatians by Xu Zhe

The Consumer’s Confusion by Xu Zhe 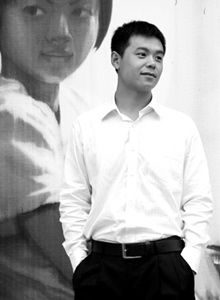 Self” and “Entrapment” – The Spiritual World of Xu Zhe

Xu Zhe’s works convey a mysterious atmosphere. This atmosphere is not only showcasing a youth’s experiences, but also from their sensitivity towards the culture of the times; not only questioning the age of today, but also self-questioning based on the surrounding social reality of our living conditions. The artist’s thoughts is caught in the middle of the ideal and the reality, cruising between the right and wrong of the heroic age. In Xu Zhe’s works, although the boundary of the spirit and the flesh seemed to be blurred, his works contains an inherent cultural appeal that penetrate the surface of his imagery, showing various changes in specific periods. The spirit of the self contains phenomenological meaning, but ultimately confusion became its texture, and the “entrapment” that is life itself becomes its background.