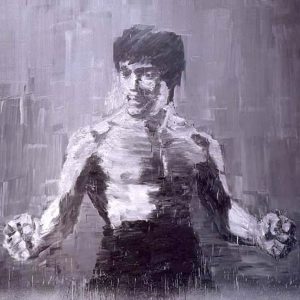 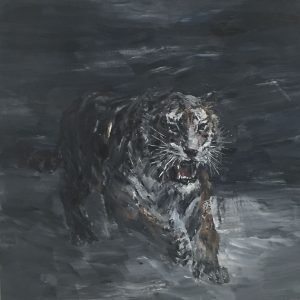 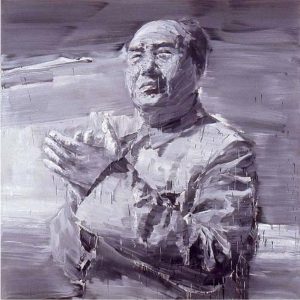 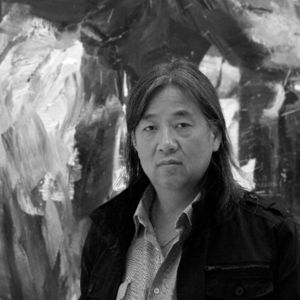 Yan Pei-Ming (b. 1960 in in Shanghai) is a Franco-Chinese painter based in Dijon, France. He is best known for his immense, and almost exclusively monochrome, portraits that draw upon Chinese cultural history and Western portraiture tradition. Some of his most acclaimed portraits depict the figures of Mao Zedong, Bruce Lee and Barack Obama. Alongside and against these public figures, Pei-Mings’ portraits extend to those of his father as well as himself.

His expressive style and controlled palette reflect a connection to the aesthetic and cultural climate of China as well as the influence of 20th Century American conceptual art. His canvases are typically mono- or bi-chromatic and painted with large brushes (sometimes a broom). With a mastered economy of marks, he delineates his compositions with broad, sweeping gestures and visible drips, resulting in images that dissolve into near-abstraction at close view.

At the age of 19, Yan Pei-Ming decided to move to France where he enrolled in the prestigious École Nationale Supérieure des Beaux-Arts, Dijon. In 1986 he graduated, achieving rapid success with his expressive, portrait-dominated œuvre. His paintings are executed with energy and imagination, consisting of expressive brushstrokes and a predominantly monochrome palette with an occasional appearance of dark red.

In 2003, he gained international recognition at the Venice Biennale. Six years later, his work was acquisitioned by the Louvre where he exhibited a collection of portraits that sought to convey his personal perspective on Leonardo da Vinci’s Mona Lisa.