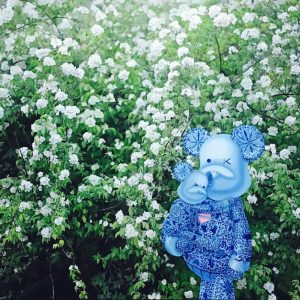 My Father and I by Song Wei 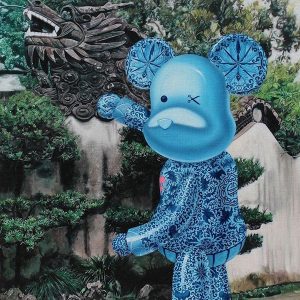 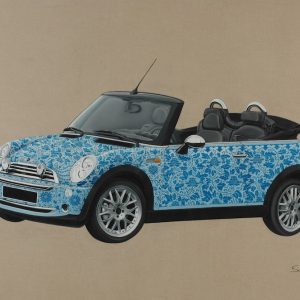 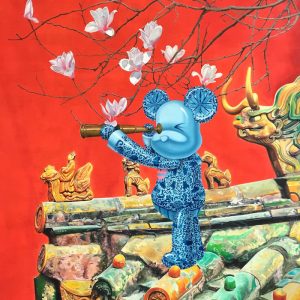 I want to see the new world by Song Wei 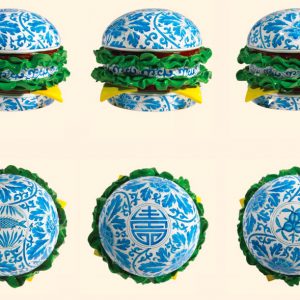 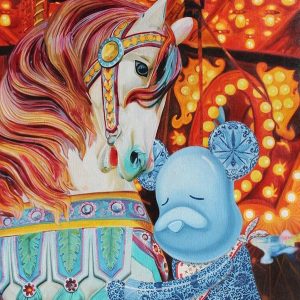 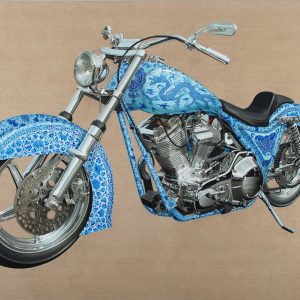 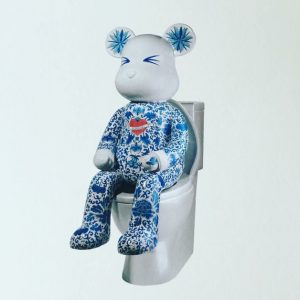 A Sichuan Fine Arts Institute alumni, Song Wei has taught at this China’s oldest art academy with the highest of standards since he graduated in 2005. He is greatly influenced by zeitgeist – the defining spirit of a particular period of history as shown by the ideas and beliefs of that time. He is classically trained by traditional teachers and yet, managed to liberate himself and embrace new techniques and attitudes. This is much due to the contemporary changes in the Far East. Song Wei seeks to draw what his heart feels for the different matters defining his ever-changing world. You will immediately recognize his highly distinctive styles and heritage motifs. The blue-and- white motifs found on Ming Dynasty porcelain vases remain his unique signature. Red walls with peeling paint and tattered surfaces, colorful magnolia flowers blossoming in springtime, playful themes of modern-day toys and amusement, as well as the much- loved motif-covered porcelain bear. Song Wei’s bears are often depicted in everyday situations: eating a lollipop, playing with toys, and even sitting on a toilet bowl. While his works appear joyous, carefree and fun loving, there are undoubtedly deeper meanings behind them. His paintings not only remember his childhood memories and adult experiences, but also reflect the impact of Western merchandise, the changes in Chinese values and mentality, traditions and modernization, honesty and controversy, capitalism and consumerism, as well as the welding of Eastern and Western cultures in our metropolitan societies.

Most recently, one of his most iconic works has been specially courted by an international bank. Across the globe, his Porcelain Hamburger will be seen in the bank’s publicity advertisements on print. The image was specifically selected for its representation of a perfect marriage between East and West, the hybrid aesthetics of both cultures.