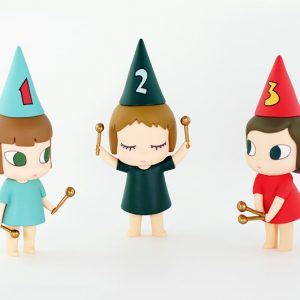 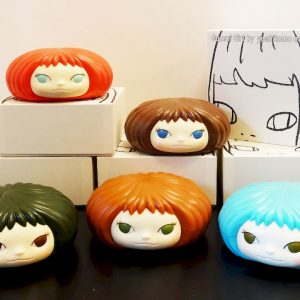 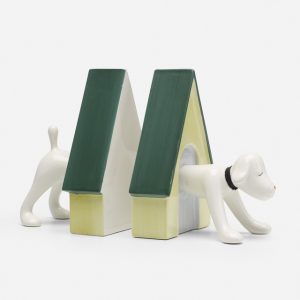 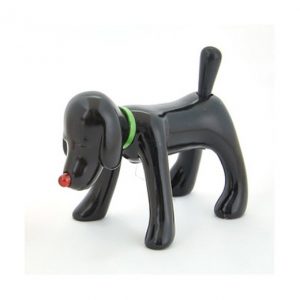 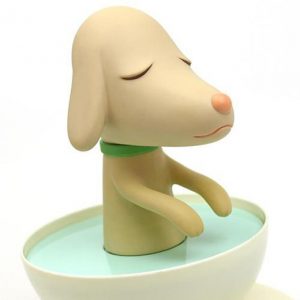 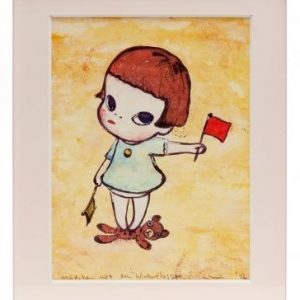 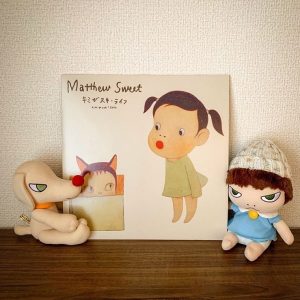 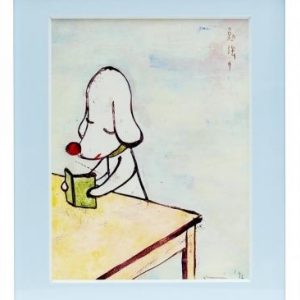 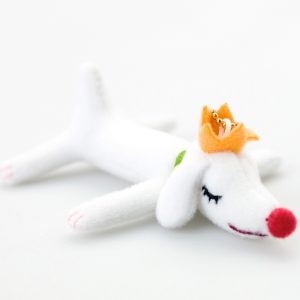 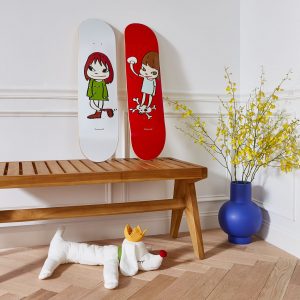 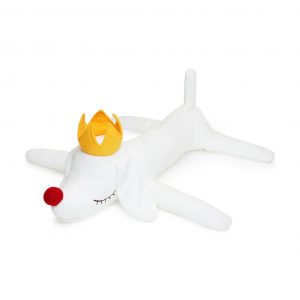 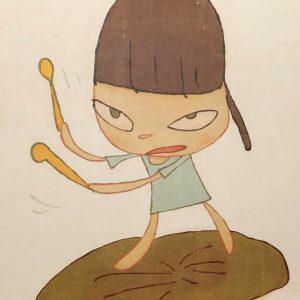 Marching on a Butterbur Leaf by Yoshitomo Nara 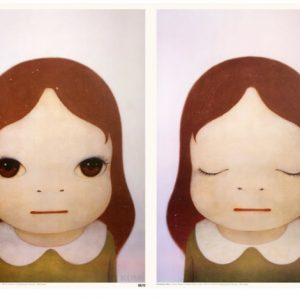 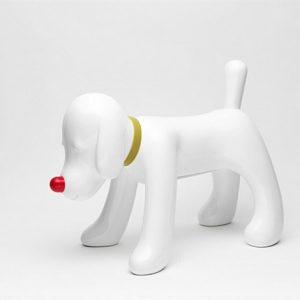 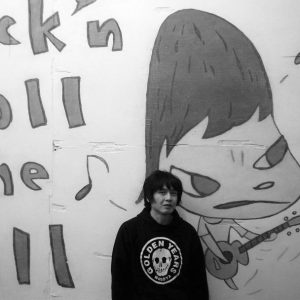 Nara (b. 1959, Aomori, Japan) is one of the leading artists of Japan’s influential Neo Pop movement and is best known for his depictions of simultaneously cute and devilish children and animals. Informed by elements of popular culture ranging from manga and anime to punk rock, Nara fuses Japanese visual traditions and Western Modernism to create adorable but menacing characters that possess a startling emotional intensity.