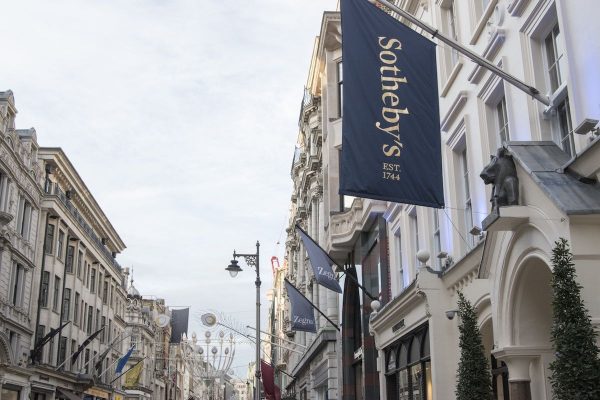 Last Monday, Sotheby’s dropped a bombshell of an announcement: After 31 years as a publicly traded company on the New York Stock Exchange, the company had signed an agreement to be purchased by the French telecommunications billionaire Patrick Drahi for the sum of $3.7 billion. Should the shareholders approve the deal, they would receive $57 per share—a 61% premium on what the stock was trading at the Friday before—and the house would join its archrival Christie’s in private ownership, thus avoiding the pesky transparency required of a publicly traded company.

But word got out at the end of last week that the deal may be more complicated than it appears. Despite the astronomical price tag Drahi put on the house—if it went through, it would eat away at a significant chunk of his $9.2 billion personal fortune—the New York Post reported Friday that Sotheby’s is still entertaining the idea that another bidder could offer more, scuttling the deal in favor of one even more appealing to shareholders.

The Post story, which relies on anonymous “insiders,” lists several possibilities for who could top the $3.7 billion offer. They include:

Getting outbid would no doubt be disappointing for Drahi, who said in a statement last week that he was “making this investment for my family, through my personal holding, with a very long-term perspective.” But if that does happen, he’ll get a not-so-shabby consolation prize: The termination fee paid to Drahi would be more than $110 million, according to a regulatory filing cited by Bloomberg.