The Spirit of musicians by Ta Men+

In the same boat by Ta Men+

Romance in the air by Ta Men+

The Eight Immortals Crossing the Sea by Ta Men+

Take me along by Ta Men+ 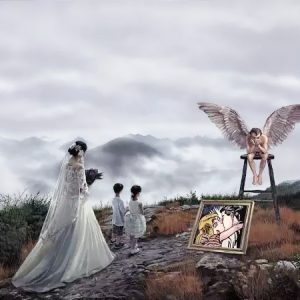 Kiss of an Angel by Ta Men+

We are family by Ta Men+

Let’s have a meeting by Ta Men+ 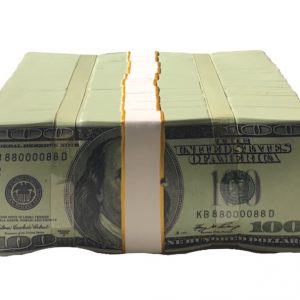 The Lake by Ta Men+

Boating in the Room by Ta Men+ 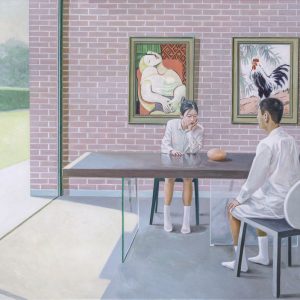 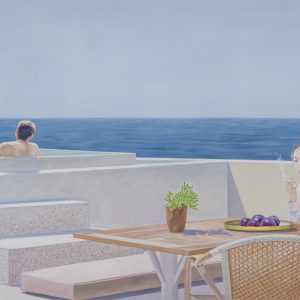 My Boyfriend and I by Ta Men+ 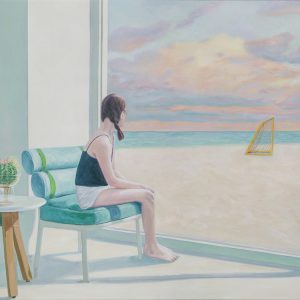 In the Distance by Ta Men+

A Cloud in the Sky by Ta Men+

Think in the Courtyard by Ta Men+

I am Sorry by Ta Men+

Life in Mountains by Ta Men+

See The Sea by Ta Men+ 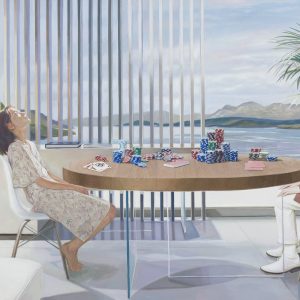 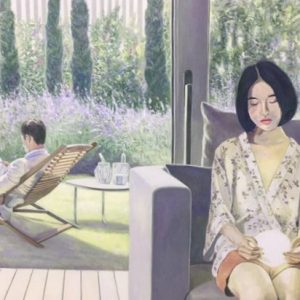 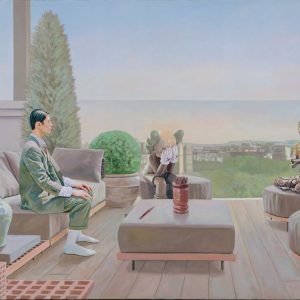 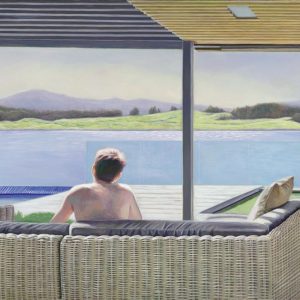 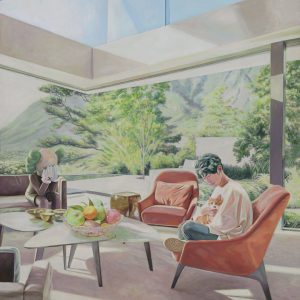 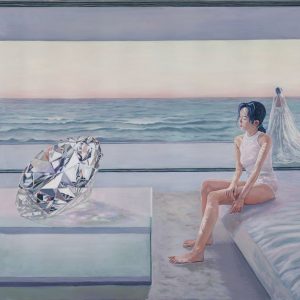 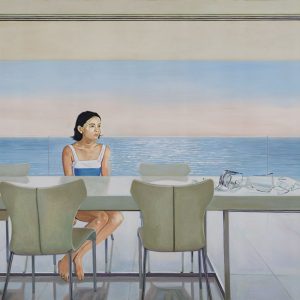 A Moment by Ta Men+ 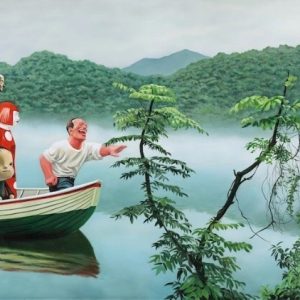 The Queen & Father by Ta Men+ 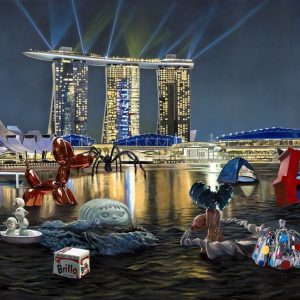 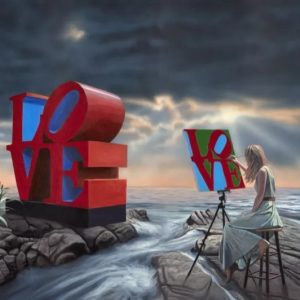 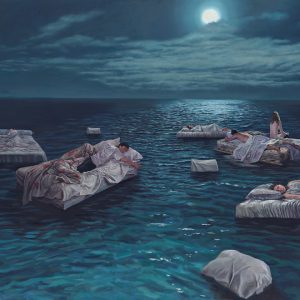 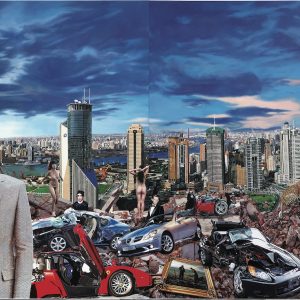 Lost Heaven I by Ta Men+ 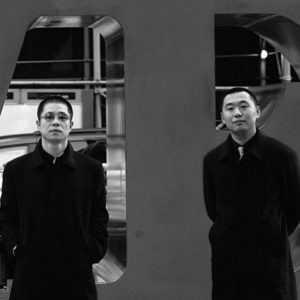 Lai Shengyu and Yang Xiaogang form the artist duo Tamen, which means “they” in Mandarin. They, “They”, stage outrageous, surrealistic scenes in paint and photo collage that star an ever-changing cast of characters. Though the scenes always take place on the same fictional “stage”—the corner of a cafeteria-like room in an urban high-rise—the location of the room shifts constantly as the window opens onto new horizons in every image. These collaborative paintings have more than just the two personalities that make them—they may be classifiable as fully schizophrenic.

‘An epoch of the late 70’s generation, THEY reveal their attitudes toward realities of society and their circumstances in a different approach from the artists of the older generation. THEY, through interior and conflicting juxtaposition, displays contradictory nature of society that is both corrupt and progressive. However, they do not reject nor expresses any sarcasm toward the real world seen outside the window. Individuals are merely consuming or entertaining themselves.

Inside an individual surrounding environment and corrupted private space, inner and outer realm are juxtaposed. While other young artists are infatuated with the characterization of private narratives, THEY unveils inherent conditions and hidden aspects of the internal through the breach of the exterior. From this immanent observation THEY becomes the ‘true other’.’