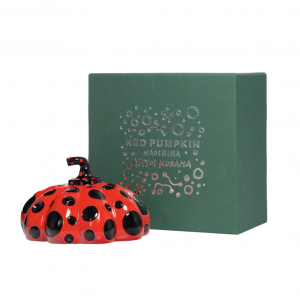 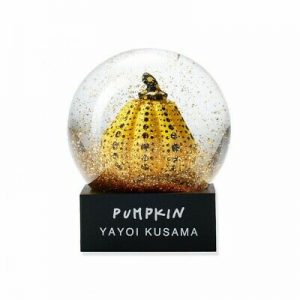 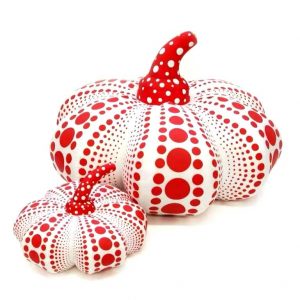 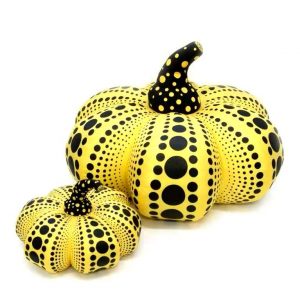 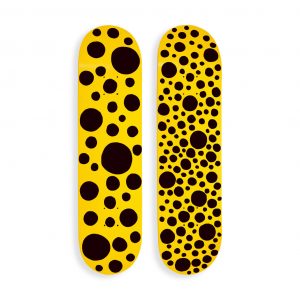 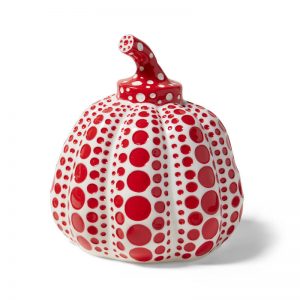 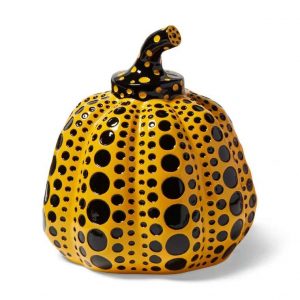 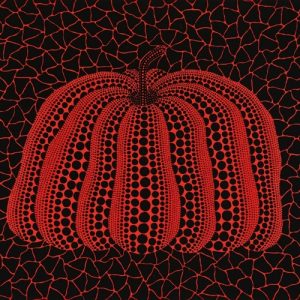 A Pumpkin RB-B by Yayoi Kusama 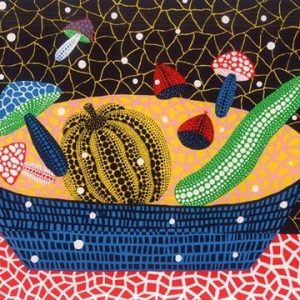 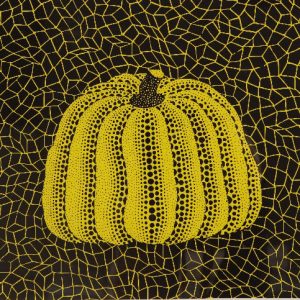 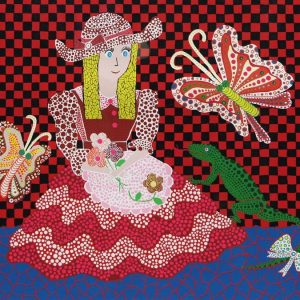 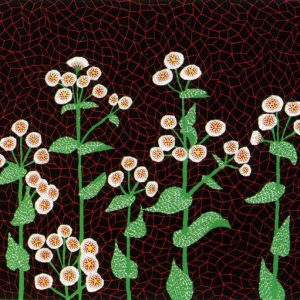 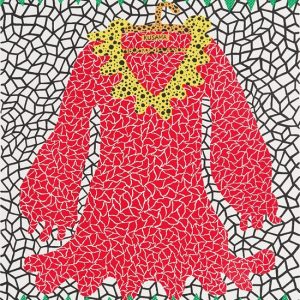 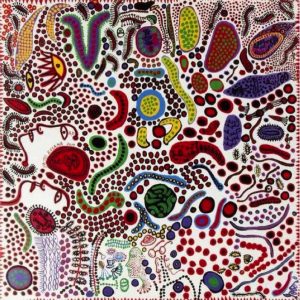 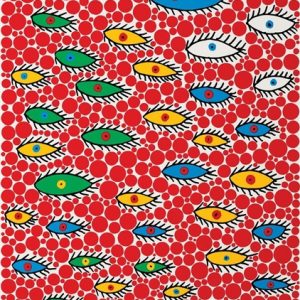 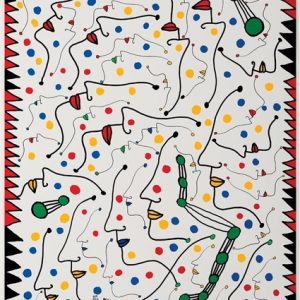 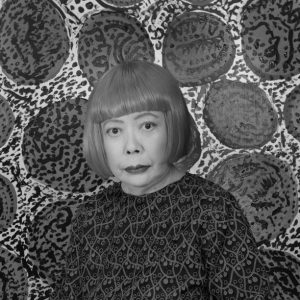 Yayoi Kusama was born in Matsumoto City, Japan in 1929. She studied Nihonga painting, a rigorous formal style developed during the Meiji period (1868–1912) to deflect the wholesale influence of Western art through the revitalization of the traditions of Japanese painting and their synthesis with aspects of Western art. Attracted by the experimental promise of the postwar international art scene, Kusama moved to New York City in 1958.

As a young struggling artist in New York, Kusama produced her first astonishing Net paintings in 1959—vast canvases measuring up to 33 feet in width, entirely covered in rhythmic undulations of small, thickly painted loops. The inherent philosophical paradox of these paintings—that “infinity” could be quantified and constrained within the arbitrary structure of a readymade canvas—combined with the more subjective and obsessional implications of their process, distinguish these works from Minimalist abstraction, which would dominate the New York art scene several years later. The mesmerizing, transcendent space of the Nets was further reinforced by Kusama’s own insistent psychosomatic associations to her paintings. She went on to develop other striking bodies of work, including the phallic soft-sculptures Accumulation, Sex Obsession, and Compulsion Furniture, which she later incorporated into full-scale sensorial environments. From 1967 she staged provocative happenings in various locations, from the New York Stock Exchange to Central Park to the Museum of Modern Art. Painting the participants’ bodies with polka dots or dressing them in her custom-made fashion designs, she created risqué situational performances that merged her inner artistic world with external realities.