As protests in the wake of the police killing of George Floyd continue around the globe, some artists, curators, and dealers have established initiatives to support the Black Lives Matter movement, and several U.S. museums have taken steps to sever ties with local police amid growing calls for divestment.

Now, another prominent figure in the art world has weighed in on the ongoing demonstrations. The artist   Banksy ook to Instagram on Saturday to share a new artwork and a message. 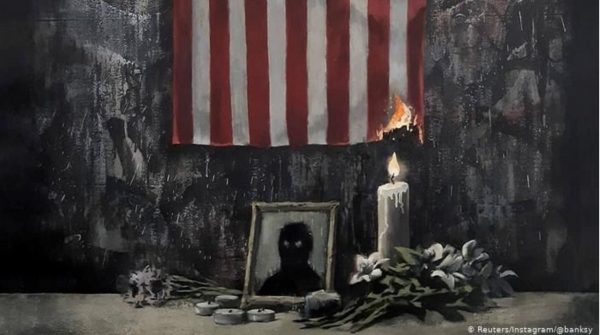 The painting depicts a vigil with flowers, a burning candle, and a framed picture below an American flag affixed to a wall. The candle’s flame burns the corner of the flag and begins to spread upward along its stripes.

Banksy also shared a message about police brutality and systemic racism with followers. “People of color are being failed by the system. The white system. Like a broken pipe flooding the apartment of the people living downstairs,” the artist’s statement reads in part. “This is a white problem. And if white people don’t fix it, someone will have to come upstairs and kick the door in.” 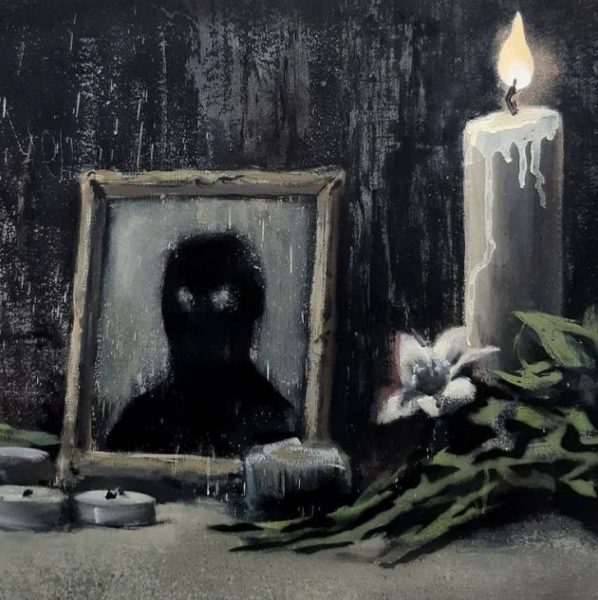 This is not the first time during the course of the pandemic that the elusive artist has shared new work on Instagram. In April, Banksy posted a playful display of rat stencils rendered throughout the walls and fixtures in a bathroom. As an ode to frontline hospital workers in the pandemic, Banksy also created a piece showing a child playing with a superhero figurine dressed as a medical professional.